Hey, You Can't Have a Litmus Test!! 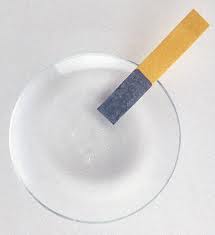 Hey you can’t have a litmus test!! This is the Liberal mantra designed to corral us all into the pig pen of group think. It’s all done in the name of fairness, inclusiveness, sensitivity and all around ”Here’s how I want you to think,” political correct nonsense. The only people groups told that they can’t have a litmus test for their leaders are Christian conservatives. Even though we are obviously different you will hardly notice it over the loud chorus of our silence. They tell us that if you want someone who believes in creation and absolute truth, then he is a zealot and a bigot. If he is against abortion, homosexual marriage, pornography, generational theft by politicians and three headed monsters then he’s too narrow and is disqualified from serving the real people. In addition to that, those types of prehistoric views could offend the real people. Of course they don’t say “real people”, but there is an implied norm and Christian conservatives are not portrayed as normal. END_OF_DOCUMENT_TOKEN_TO_BE_REPLACED

Can You Be A Christian and a Racist at the Same Time?

Can you be a Christian and a racist at the same time?  The answer is “no” unless you are part of something like the Christian Identity movement or any white supremacy group claiming to be Christian.  Society condemns this obvious contradiction with loud voices.  Even if the question of the validity of their Christianity doesn’t come up in conversation, true Christians don’t associate with them or lend them support of any kind.  Somehow in the minds of most Americans this seems to be an issue that is very easy to discern and sort out.

On the other hand if you are a Christian and subscribe to philosophies such as Black Liberation Theology or lend support to the likes of Jeremiah Wright, then the answer is “yes.”  We can also throw the shameful NAACP into this group since they have formally come out of the closet.  I have attended black churches where “us and them” was preached in terms of overcoming white suppression on a regular basis.

END_OF_DOCUMENT_TOKEN_TO_BE_REPLACED

Links
Quotes
"He is the best friend to American liberty who is the most sincere and active in promoting true and undefiled religion, and who sets himself with the greatest firmness to bear down on profanity and immorality of every kind. Whoever is an avowed enemy to God, I scruple not to call him an enemy to his country. It is your duty in this important and critical season to exert yourselves, every one in his proper sphere, to stem the tide of prevailing vice, to promote the knowledge of God, the reverence to His name and worship, and obedience to His laws." - Rev. John Witherspoon
Support CUPA
Recent Posts
Recent Comments
Archives
Categories
Meta